History, things to do & Accommodations

Iquitos, Peru is a unique place among the cities of the world. It is a city that is situated between several rivers, the Itaya River, the Nanay River and the mighty Amazon River creating an island that has no roads that lead to this isolated location deep in the Amazon Jungle. The only way to travel to Iquitos is by plane or boat. This leads to a unique culture primarily due to its isolation from the outside world. Surprisingly this city supports approximately 550,000 people in an area 7 miles long by 4 miles wide. Iquitos has been given the award for being the gateway to the Amazon since it is the largest city only at the beginning of the Amazon River and in 2012 received the designation as one of the seven wonders of the natural world. One of the exciting aspects of this city is the confluence of peoples that travel into the city from throughout the planet especially over the past twenty years or so using it as a springboard searching for the transcendent experience that has come out of the jungle by working with Ayahuasca and the shamans of the Amazon. Many have come to Iquitos, Peru to do ayahuasca ceremonies with the shamans of the jungle to heal, and many lives have been changed and altered for the better by the experiences they have had here.

Iquitos can be charming, and after living here for after five years I have learned much about the way of thinking of the people who live here steeped in the spiritual tradition of the Amazon Jungle, magic abounds and stories of ghosts and the existence of many healers and brujos. If something goes wrong with someone, there is always a magical source of the bad that is to blame. Many spiritually gifted people seem to find themselves either coming to stay or passing through. Iquitos has become a launching pad into the mysterious shamanic world of the Amazonian shamans and their magical brew Ayahuasca.

When coming to Iquitos, there are several recommendations regarding lodging and dining that I have for you. If you visit Kawsay Ayahuasca retreat center and would like to stay afterwards, several Hotels and hostels are available depending on your budget. I recommend several restaurants that offer clean delicious and affordable food. There are also many other excursions that can be enjoyed and experienced if you do decide to extend your stay in this magical place. 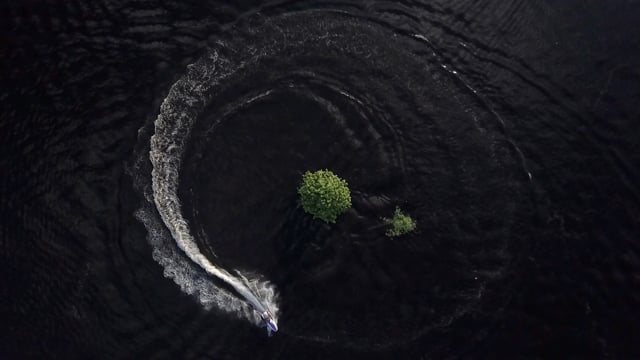 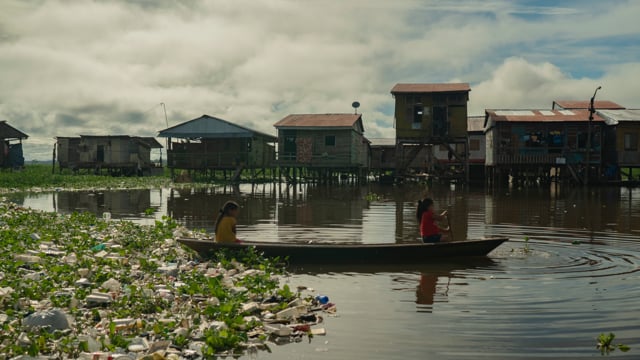 We have several hotels and hostels we recommend if you will be staying in Iquitos before or after your stay with us.

The Garden House by Explorama Hotel

Restaurants with an Ayahuasca Menu

Dawn on the Amazon Cafe

The Yellow Rose of Texas Restaurant

Restaurants without an Ayahuasca Menu

Things to do around Iquitos

Located on the Plaza de Armas, this Neogothic cathedral was built over a period of thirteen years from 1911 to 1924.  The cathedral has one nave and has a carved wood pulpit on its right side.  A Swiss clock that was added in 1925 still keeps accurate time.

The Iquitos Main Square or Plaza de Armas is the historical central area of town. On Sunday mornings there is a flag raising ceremony and military parade. On Sunday evenings, the plaza is filled with visitors, street entertainers, and vendors. There is an obelisque that is a monument to those from Iquitos who defended Peru in the War of the Pacific in 1879.

The Boulevard and Tarapaca Malecon are located just a block east of the Plaza de Armas on the bank of the Itaya River just before it flows into the main Amazon River. The Boulevard was built at the height of the rubber baron era and was dedicated to the memory of those who died in the War of the Pacific during which Peru lost the Tarapaca region to Chile.

During the day, you get a wonderful view of the river and the floating town of Belen. At night, the Boulevard comes alive with tourists and locals strolling along it enjoying the pleasant night air, bars, restaurants and entertainment. Along the Malecon are many historical building and monuments.

The Iron House (Casa de Fierro) is said to have been designed and built by Gustav Eiffel who is famed for the Eiffel Tower. It was originally built in France and then disassembled and shipped up the Amazon River to Iquitos after the Paris Exhibition of 1898. Rubber Barons Baca Diaz and Anselmo Del Aguila had it reassembled at its present location on the corner of Putumayo and Prospero.

Close to kilometre marker 7 of the Iquitos – Nauta highway, southwest of Iquitos (30 minutes by car). The complex is located at about 15 minutes by car from Iquitos and covers 369 hectares. It is located around the lake Quistococha. The complex has an artificial beach known as Tunchi Playa. Visitors can visit a museum, the aquarium, and zoo with snakes and other exotic animals. There are paths around the lake and small dock on the water where one can rent boats. Furthermore, it has a tourist restaurant, a collection of captive birds, children’s park and sports courts. One can request permission to enter the park by car. This way you can avoid the stairs and the steep grade ramp at the entrance.

The paths of entire complex vary in terms of surface -some are concrete, some unpaved- and also in terms of width, but they generally are 35.1 inches (0.90 m) wide. It is necessary to have some help for the tour if the visitor has limited physical mobility or uses a wheelchair. There are no accessible public restrooms.

Located on the left bank of the Itaya River, southeast of Iquitos. Morning visits are recommended. Its origins date back to the beginning of the twentieth century, and it is composed of homes built on top of balsa wood rafts that float on the waters during the flood season.

It is a traditional regional style. With the passage of time and increase in population, the style has changed and more houses are built on a fixed construction on top of wooden pillars, some of them of two stories. During the dry season, people use both floors, but during the flood season, only the second floor is used; since the entire lower zone of Belen remains underwater, the population uses boats and canoes for transport, which is why it is considered the “Venice of Loreto”.

Belen has two districts: the upper zone where the Belen market and main warehouse are and the lower zone, an informal port and lively commercial center for jungle goods. Today, there are buildings of high-quality materials. It is possible to take a boat rides on the Amazon and Itaya Rivers.

The Pasaje Paquito is located inside the Belen market where you can obtain local traditional medicines and potions.

Bellavista is located at the extreme north of the city on the Nanay River. Just take a mototaxi north on Avenida Marina until you reach the port. In addition to the port, you will encounter a market that specializes in fresh fish. Here you can sample some freshly grilled fish or if you are an adventurous eater, try the suri (palm beetle larvae).

Locals use suri as a traditional medicine for bronchitis. At the port, you can rent a boat and driver to visit the Butterfly Farm, and Bora and Yagua tribes, but better to travel like the locals on the water taxi shuttle boat to the village of San Andrés. The boat drivers who rent their boats and services are notorious for swindling tourists for as much as $100, while the water taxi costs about one sole.

Km 4.5 of Iquitos Nauta highway, this project aims to rescue orphaned manatees, whose mothers have been killed by locals for food. They also have educational programs for local communities and schools about the importance of the preservation of this species.

The employees are very enthusiastic about the animals. Currently (Dec. 2009) they have 4 almost grown up animals in a pond and 4 babies in a smaller swimming pool. Probably the only place in the world where you can bottle feed manatee babies. The entry is free, but a donation is expected. Take a mototaxi from downtown for about 15 soles to get there. They also accept volunteers to educate local school kids.

Barrio Florido village, river Amazonas (45 minutes by boat from the Bellavista Nanay port, Iquitos). M-Su from 8 AM to 4 PM. edit It houses around 10 spectacled alligators, paiches (the biggest freshwater fish in the Amazon basin and one of the longest fish in the world) and the Victoria amazonica (the biggest lily-pad in the world). The admission fee includes fish to feed alligators and paiches.

Padre Cocha Village (10 minutes walking from the village), At Pilpintuwasi you can see the complete life cycle and learn about the impressing development of butterflies.

At the Amazon Animal Orphanage, you can see the rescued endangered animals that were illtreated, such as anteaters, monkeys, tapirs or Pedro Bello, the Jaguar. Pilpintuwasi is on the Nanay River Front near the village of Padre Cocha. It’s about 20min by boat from Bellavista-Nanay.

There are boats all day long. During the dry season, you have to walk about 15min from the village. Volunteers are also regularly needed for help!

In the immense territories of the department of Loreto, existing a population of native and aboriginal communities that can be visited.

The great majority of these groups has been civilized by Catholic missions and they maintain ingrained many of their ancestral habits, such as their art, language, dances, feeding, etc.

This website uses cookies to improve your experience while you navigate through the website. Out of these cookies, the cookies that are categorized as necessary are stored on your browser as they are essential for the working of basic functionalities of the website. We also use third-party cookies that help us analyze and understand how you use this website. These cookies will be stored in your browser only with your consent. You also have the option to opt-out of these cookies. But opting out of some of these cookies may have an effect on your browsing experience.
Necessary Always Enabled
Necessary cookies are absolutely essential for the website to function properly. This category only includes cookies that ensures basic functionalities and security features of the website. These cookies do not store any personal information.
Non-necessary
Any cookies that may not be particularly necessary for the website to function and is used specifically to collect user personal data via analytics, ads, other embedded contents are termed as non-necessary cookies. It is mandatory to procure user consent prior to running these cookies on your website.
SAVE & ACCEPT