We are all family and be assured when you visit with us, you become our family also

The level of experience we have as a combined team of Ayahuasca and San Pedro shamans equals over 100 years. We work together as an incredibly harmonious fusion of two different shamanic paths, Ayahuasca and San Pedro. Our focus is to help everyone we can to the best of our ability. It is amazing how some of the ceremonies can last until almost sunrise when everyone’s shamanic treatment is finished. 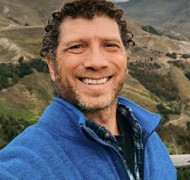 I have been involved in spiritual practices and studies since I was a young boy. I first received my initiation into shamanism by the world of spirit when I was 30 years old.

I have studied and been in ceremonies with many Ayahuasqueros from both Shipibibo and Mestizo traditions.

I finally settled down with Don Romulo and Don Winister because of their dedication to working as true healers.

I also began working with the spirit plant medicine Huachuma or San Pedro throughout the temples in Peru with several Huachumeros since 2005. I have acquired much knowledge and experience dealing with the spiritual worlds that shamanism opens, helping and healing through the access and connection to the divine.

I also have extensive knowledge of the medicinal plants that have been used by the shamans to help treat many different conditions. My intention is the true healing to what extent one can be healed physically, mentally, emotionally, and spiritually.

From my heart, a place of genuine service to our fellow man and women, the planet, and our beautiful Creator. 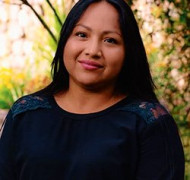 Ana Menech is an integral part of the Kawsay family bringing much heart, patience, and love to our center an invaluable part of why Kawsay even exists.

Her soft way, concern for all that come to Kawsay for healing brings great energy to our center.

She is a native Peruvian born and raised in the city of Iquitos, Peru located in the Amazon Jungle. 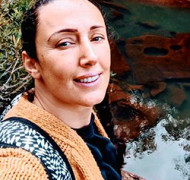 Viviane is a humble servant of the light, assisting all those that seek the love and grace of the Creator.

She has dedicated the remainder of her existence on this planet to helping other heal and reconnect to the truth, the light, and the way back to unconditional love.

Viviane has no interest in material gain, and all her work and efforts are to evolve spiritually, which are accelerated through the human experience.

Viviane’s aim is to help you work through the human emotions and feelings, digging deep into the roots of your path and what is blocking you from reaching peace and love on earth as it is in heaven.

She is a guide through the mind labyrinth to help advance one’s eternal spirit back home to the Creator. 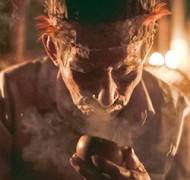 Don Romulo is the chief master shaman that we are aligned and work with, for our Ayahuasca ceremonies. Don Romulo was born in 1936, he is a rare breed of shaman called a “Trunco Ayahuasquero.”

A “Trunco” has the ability through many years of strict diets, isolation in the jungle, working with Ayahuasca and the spirits, to become the “chair” or “bank” of the spirits. The spirits enter and are a part of Don Romulos body to help cure people of disease. Don Romulo has mastered the spiritual aspect of earth, water, air, and fire. Here is Don Romulo’s history in his own words.

“My first experience with Ayahuasca I was 8 years old. When I drank with my oldest brother on this very dark night, it was revealed to me many secrets that Ayahuasca keeps.

I made the decision to become a shaman because my father and oldest brother were shamans and also I saw a lot of people who needed help.
Many people have diseases that science could not find the cause.

After my first ceremony, I began a regime of strict diets, no salt, sugar, spicy, acidic, or oily foods. With this diet, I received much knowledge of the medicinal plants that exist in the Amazon.

After this, I began to do ceremonies with Ayahuasca. During my visions, I encountered many small humanoids similar to what the appearance of elves might look like. They taught me how to see the disease that the patient was suffering from and what medicinal plants were needed to alleviate the condition.

When I was 12 years old, the first person I was able to cure was a baby who was suffering from manchari. Manchari is a condition defined by apparent fright and continued crying and nervous fits that do not subside over a period of time. Through the process taught to me by the spirits and Ayahuasca, the manchari was cured.

To be a shaman, I must know how to cure many diseases. I continued my ceremonies and diets into the depths of the jungle. Continuing to learn more Icaros, which are magical healing songs. Different problems have their own icaros to remedy the problem.

As I continued to diet more, I quickly learned many things. I learned about many more medicinal plants, trees, and vines that Mother Nature has given to us for healing.

When I was 20 years old, I was given the medicine of “La Ponga,” which is a spiritual tree in the Amazon Jungle. La Ponga was given to me like a phlegm called Mariri.

With this phlegm, I then became able to cure people who were inflicted with witchcraft from sorcerers or Brujos. Brujos are practitioners of negative magical works.

Being a shaman, it is necessary to be prepared for all sorts of spiritual situations. You need to have healing and defensive ability. To be a shaman, you have to be strong and brave because we are exposed to the dangers of the brujos.

Ayahuasca holds many secrets, many people do not know what is real and exist in the physical and spiritual world. To study the spirit world with Ayahuasca has a beginning but not an end.

At my age now I have a lot of knowledge about Ayahuasca. I have taught many people on the path with Ayahuasca, and I am not stingy teaching what I know.”

The lineage of Don Romulo goes back many generations so far that there is no record or memory past his great great grandfather. I, William have been a testament to the power and integrity that Don Romulo works with, he is a humble man and very wise.

If only a handful of us could know just a portion of his experience, our lives would be enriched immeasurably. 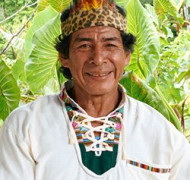 Winister is the second master shaman that we work with. Winister was born in 1964. He is the son of Romulo the Banco Ayahuasquero. In Winisters’ words, this is his history.

“My first experience with Ayahuasca was when I was 15 years old. I was in school and working at that time. In my first ceremony, I had a lot of visions, both positive and negative. I saw a lot of serpents and heard the sound of Ayahuasca coming from the earth.

After that, I was dieting with Ayahuasca for one year, and then I had to temporarily leave my apprenticeship for some time to enter the military. After I returned from the military, I went to visit my father on his farm.

I decided to continue dieting with Ayahuasca because I was going down a wrong path in my life. I decided to make Ayahuasca my doctor and began my diet again, but stronger of no salt, sugar, spicy and greasy foods, and no sexual relations.

This diet, I continued far away from my family deep in the jungle. Then spirits of Ayahuasca came through my dreams and ceremonies. They showed me that I was going to be a master shaman. My father told me that one day, I would be a teacher to help humanity and that I would also need to learn to help my children.

My father gave me his medicine. I continued to do many diets so I could become a master shaman to be able to detect what is wrong with the patient to know and use the medicinal plants.

It is not easy to use all the powers of plant medicines; it takes a lot of special diets. The ceremonies of Ayahuasca brings a lot of visions of the spiritual and material worlds, and it is a doctor who teaches you the proper way in behavior in the material and spiritual realms.”

Winister is very serious, quiet, and strong. He kind in heart who like many of us have traveled down paths that could be detrimental to oneself but deciding to heal himself with the aid of Ayahuasca and grow in a positive direction. Winister is a good man, looking out for ways to help where he can, he is a good man and works very hard in his work with Ayahuasca and life.

This website uses cookies to improve your experience while you navigate through the website. Out of these cookies, the cookies that are categorized as necessary are stored on your browser as they are essential for the working of basic functionalities of the website. We also use third-party cookies that help us analyze and understand how you use this website. These cookies will be stored in your browser only with your consent. You also have the option to opt-out of these cookies. But opting out of some of these cookies may have an effect on your browsing experience.
Necessary Always Enabled
Necessary cookies are absolutely essential for the website to function properly. This category only includes cookies that ensures basic functionalities and security features of the website. These cookies do not store any personal information.
Non-necessary
Any cookies that may not be particularly necessary for the website to function and is used specifically to collect user personal data via analytics, ads, other embedded contents are termed as non-necessary cookies. It is mandatory to procure user consent prior to running these cookies on your website.
SAVE & ACCEPT